for Music
and Society 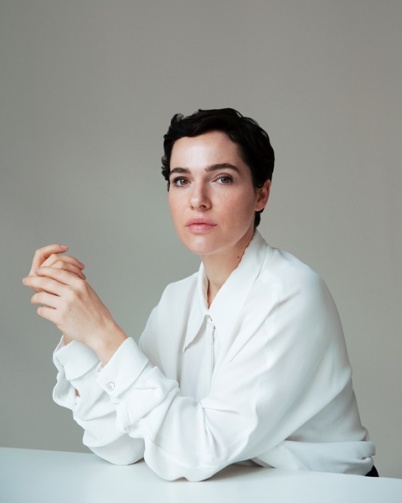 Verena Altenberger grew up in Salzburg and moved to Vienna at the age of 18, where she first studied journalism and communications at the University of Vienna before moving on to studying acting at the University of Music and Performing Arts in Vienna. After her beginnings as part of the Junge Burg Ensemble at Vienna's Burgtheater, Verena Altenberger made a name for herself in the 2016 thriller Die Hölle (Hell) by Oscar Award winning director Stefan Ruzowitzky. At the 2017 Berlinale, the drama Die beste aller Welten, directed by Adrian Goiginger and with Verena Altenberger in the lead role, celebrated its world premiere and won several awards. Since this breakthrough she has appeared in numerous international film and television productions. Since 2021, Verena Altenberger has been performing on stage as the Buhlschaft in Jedermann at the Salzburg Festival. 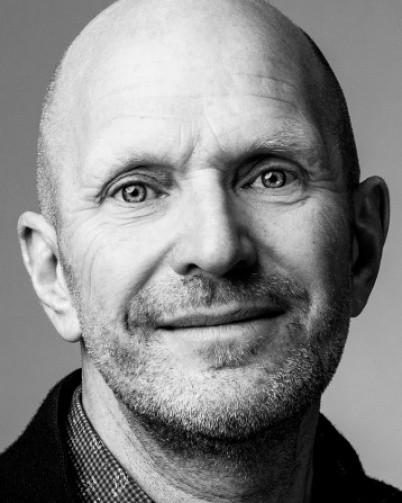 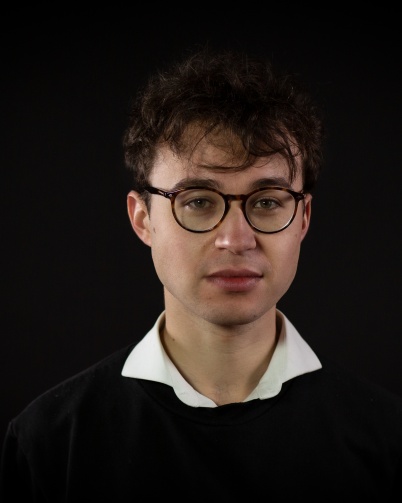 Fabian Dudek is a German saxophonist and composer. He completed both his bachelor and master’s degree in Cologne at the Hochschule für Musik und Tanz Köln, where he studied with Frank Gratkowski, Dieter Manderscheid and Sebastian Gramss. In 2017, he won the Junger Deutscher Jazzpreis for soloists in Osnabrück and the Avignon Jazz Award Tremplin Jazz Européen d’Avignon Grand Prix with the Simon Below Quartet in 2018. From 2018-2022, Fabian Dudek was the recipient of a scholarship by the Studienstiftung des deutschen Volkes. He has performed at national and international festivals and locations including Deutsches Jazzfestival Frankfurt, Moers Festival, Avignon Jazz Festival, Jazzfest Bonn, Klaeng Festival, Summer Klaeng Festival, c/o Pop Festival, Klaipeda Jazz Festival, Kölner Philharmonie, Loft, Jazz-Fabrik Rüsselsheim and many more. 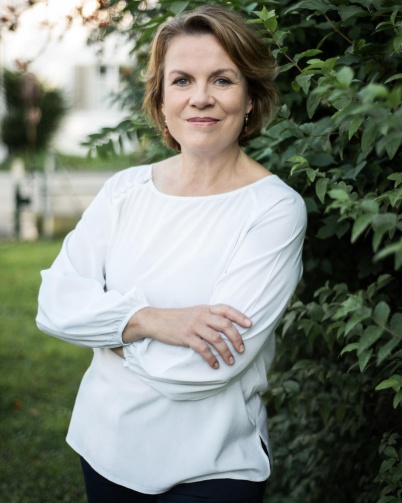 Born in Buenos Aires to Slovenian parents, Bernarda Fink received her vocal and musical training at the Instituto Superior de Arte del Teatro Colón.
Today, the mezzo-soprano performs all over the world with the most renown orchestras and conductors. Her wide repertoire ranges from Baroque to 20th century, making her one of the most sought-after concert and recital singers. She is a permanent fixture in programmes at the Vienna Musikverein and Konzerthaus, the Schubertiade Schwarzenberg, the Berlin Philharmonie, the Théâtre Royal de la Monnaie in Brussels, the Concertgebouw in Amsterdam, the Cité de la Musique in Paris, the Teatro de la Zarzuela in Madrid, the Edinburgh Festival as well as New York's Carnegie Hall and Alice Tully Hall.
Bernarda Fink supports younger generations of singers as a master class teacher and serves as a jury member at international recital competitions. 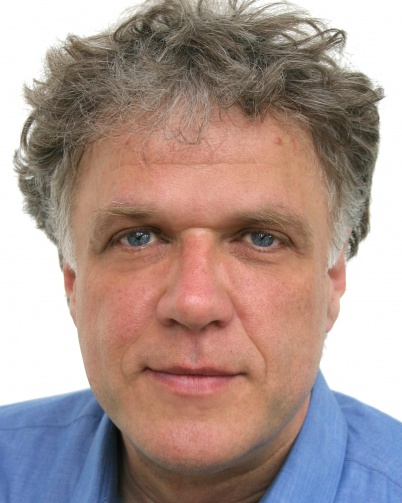 Stefan Hakenberg studied music at the universities of Düsseldorf and Cologne and composition with Hans Werner Henze, among others. In 1994, he received a doctoral scholarship from Harvard University, Massachusetts. Further grants have taken him to renowned music festivals all over the world. Hakenberg's compositional oeuvre includes compositions for a variety of instrumentations, from solo chamber music to musical theatre and multimedia installations. Composing with amateurs and collaborating with performers from the realm of folk music and non-European cultures are a particularly important part of his development as an artist.
For the Gustav Mahler Music Weeks 2022 in Toblach, South Tyrol, Stefan Hakenberg is compiling a concert program in which his interpretations of Gustav Mahler's Nicht Wiedersehen! und Ich bin der Welt abhanden gekommen will celebrate their premiere. 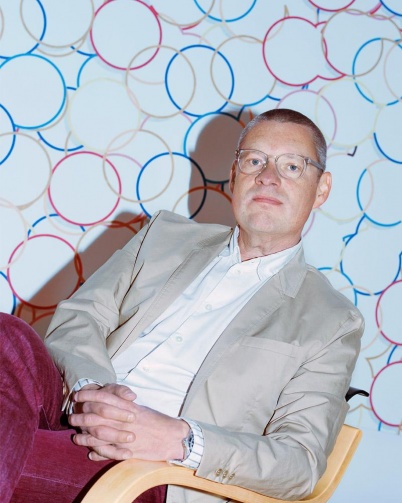 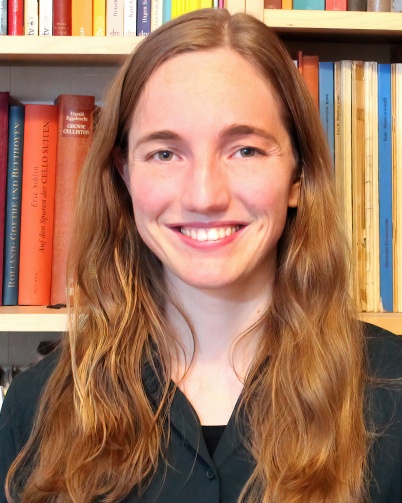 Eva Kuhn studied music education and mathematics for secondary school in Würzburg from 2013 to 2021. In the autumn of 2020, she began studying composition with Moritz Eggert and artistic-pedagogical voice with Monika Riedler at the University of Music and Performing Arts in Munich. She received her first lessons in composition during her studies abroad (2016 to 2017) with Danny Hansen and Sean Calhoun at the Eastman School of Music in Rochester, NY. She has also received encouragement and support in her compositional work in Würzburg, especially from Christoph Weinhart and Almut Gatz. In 2018, she was awarded 2nd prize at the GMTH artistic competition. In addition to composition, she is particularly active in the field of early music and participates in various ensembles such as Capella Moeneris and ensemble doulce mémoire in Würzburg. 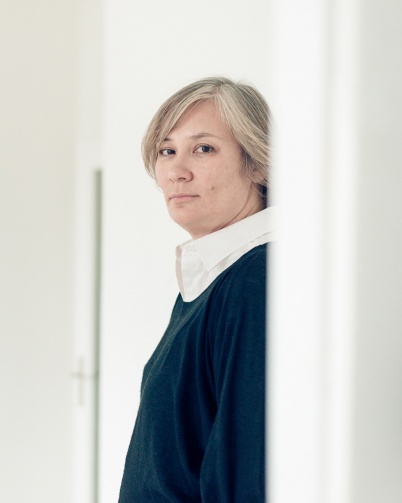 The Austrian photographer, video and installation artist Dorit Margreiter explores the field of tension between the private and public, the inner and outer, in her works about modernity, migration and feminism. Her video works investigate the relationships film and television create in architectural and social ideas of space. Since 2006 she has been a professor at the Academy of Fine Arts in Vienna, where she heads the department for video and video installation at the Institute of Fine Art. She represented Austria at the 53rd International La Biennale di Venezia in 2009. The internationally acclaimed artist has received numerous awards, including the 2016 Austrian Art Award for Video and Media Art in 2016. The mumok – Museum Moderner Kunst Stiftung Ludwig Wien dedicated a solo exhibition to her work in 2019. 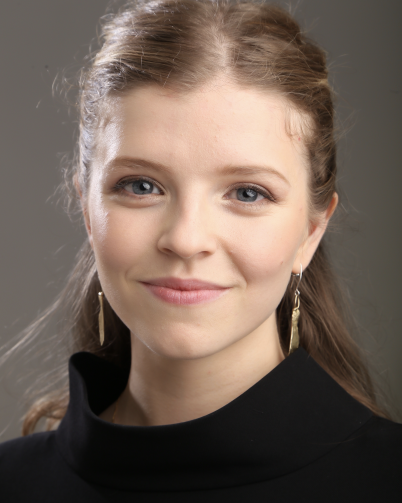 Gabriella Noble is a Mezzo-Soprano and Conductor from London, currently based in Amsterdam. Before embarking on a varied freelance career in singing and conducting she graduated with a First Class degree in Music from Oxford University, where she performed lead roles with New Chamber Opera and the experimental collective Leoe&Hyde. She went on to study solo voice ensemble singing under Robert Hollingworth at York University, where she conducted new music with the Chimera Ensemble. At the moment she studies voice with Sasja Hunnego at the Conservatorium Van Amsterdam. Gabriella discovered her love of singing through the performance of her own songs and brings this desire to tell stories into everything she does today. She has performed as a soloist with Orchestra for the Earth, Seraphin Chamber Orchestra, and Brandenburg Sinfonia, and works as a freelance ensemble singer across Europe. 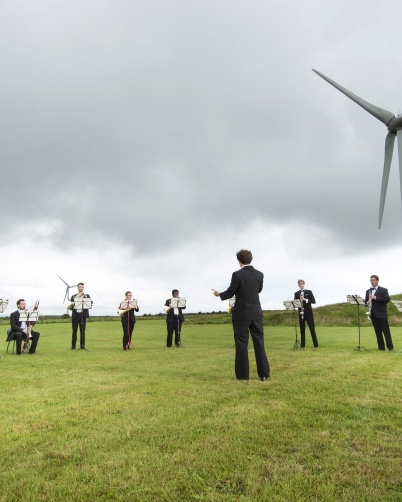 Orchestra for the Earth 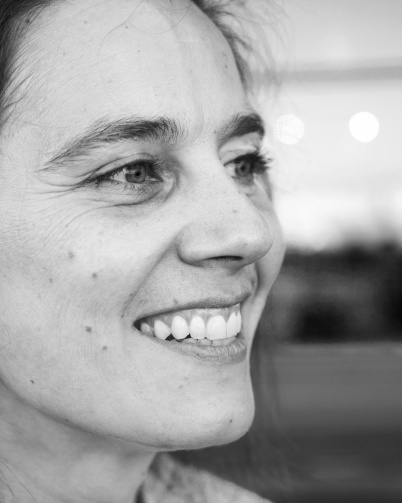 Slovenian-born Maja Osojnik is a freelance composer, sound artist, singer and free improvising musician. In her multifaceted work, she plays with a range of sonic tools such as voice, field recordings, CD players, radios, cassette players and other lo-fi electronic musical instruments. In doing so, the musician moves between virtual and real spaces, between analogue and digital art. She expands the sonic spectrums of her instruments or deconstructs them, reassigning them to other, new roles. Maja Osojnik has received many prizes and scholarships, such as the Austrian State Composition Scholarship in 2009 and 2019. Recently, Maja Osojnik has become increasingly engaged in her passion project: printing graphic editions of her sound scores. 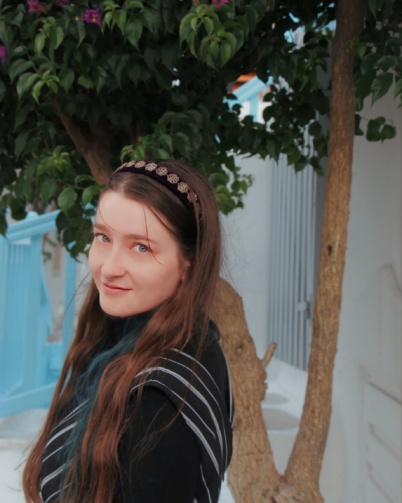 Doina-Cezara Procopciuc has been studying composition since 2016 and film music composition at the University of Music and Performing Arts Vienna, with Martin Lichtfuss, Karlheinz Essl and Iris ter Schiphorst. Currently, her works are performed on various Austrian stages, including Future Art Lab Vienna, Reactor, Alte Schmiede and Anton Bruckner University Linz. She has worked with artists like Jaime Wolfson and Platypus Ensemble, Lux Brumalis Ensemble, Nimikry Duo, Jakob Steinkellner, Helena Sorokina, Helge Stiegler and many others. Her composing methodology is to create a symbiosis between the music and other dimensions, other arts. Her pieces often contain performance elements, which are realised through different media, such as recorded or live electronics, video projections, dance or movement, language and singing – “Everything has a presence and I like to put it in my own shapes.“ 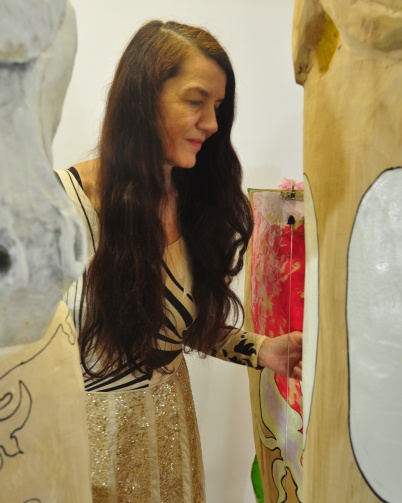 Elisabeth von Samsonow is an artist, professor at the Academy of Fine Arts Vienna and the scientific director of the The Dissident Goddesses' Network, Forum Morgen, Lower Austria. Her international exhibitions and curatorial work, teaching, and research focus on philosophy and history in relation to a theory of collective memory; on the relationship between art, psychology, and politics throughout history until today; on the theory and history of the image of women or female identification (Young Girl studies), sacred androgyny, and the modern disintegration of the self. Her oeuvre includes sculpture, performance, painting, and video. She explores the systematic and symbolic place of female sculpture in the artistic canon and the ecological aesthetic or geo-logic of bodies. 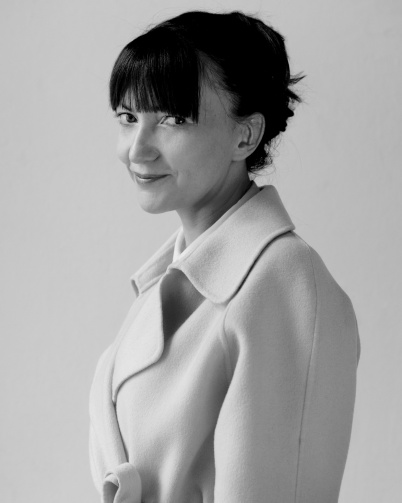 Christine Scheucher is editor at the Austrian public radio station Ö1's cultural department. She presents the radio features Diagonal, Die Literarische Soiree and Intermezzo - Künstler und Künstlerinnen im Gespräch. She also produces cultural reports for the national broadcasting station ORF's kulturMontag and 3sat's Kulturzeit. Christine Scheucher studied comparative literature in Vienna and Berlin and completed a postgraduate master's course in quality journalism. Numerous internships in media and cultural institutions took her to Berlin and London. In her thesis, published in 2007 as part of the series Aspects of the Avant-Garde, she examines the continuation of the avant-garde in digital space. For three years she reported from Paris, mainly for the Ö1 radio feature Diagonal. In 2011, she and her Diagonaleditorial team received the Walther Rode Prize. In 2017, she was awarded the Dr. Karl Renner Prize for Journalism for her feature on Silicon Valley. She is member of the artistic advisory board of the sommer.frische.kunst festival in Bad Gastein. 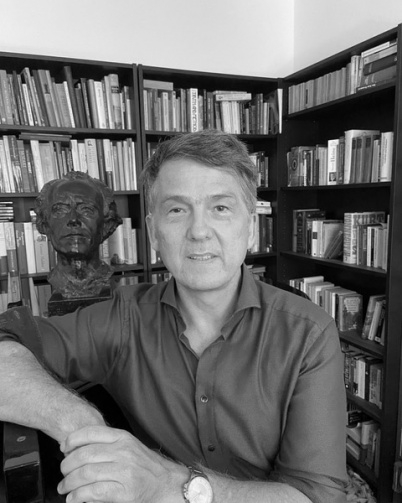 Morten Solvik is a Norwegian-American musicologist and director of the Institute for European Studies (IES Abroad Vienna). Solvik received his Bachelor of Arts at Cornell University and his PhD in musicology at the University of Pennsylvania, writing about Gustav Mahler. His field of research has also included Anton Bruckner and Franz Schubert. He has lived in Vienna since 1990, where he has taught at a number of institutions, including the University of Music and Performing Arts. He played a leading role in developing the music department of the Institute for European Studies in Vienna since 1999, where he has also served as Center Director since 2009. Solvik is active on the board of the International Gustav Mahler Society, Vice President of Mahler Foundation, and on the editorial board of the Anton Bruckner Urtext Gesamtausgabe. He is co-founder and artistic director of the Gustav Mahler Festival in Steinbach am Atttersee and, together with Felicitas Thun-Hohenstein, of the Mahler Forum for Music and Society, Klagenfurt. 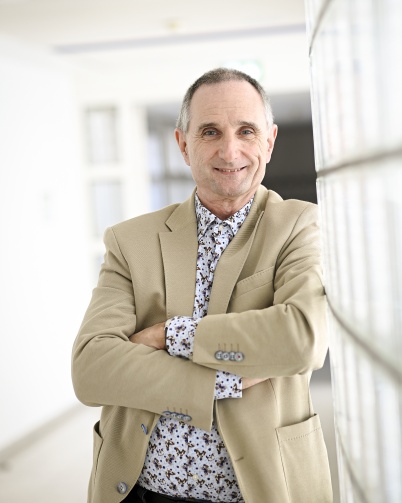 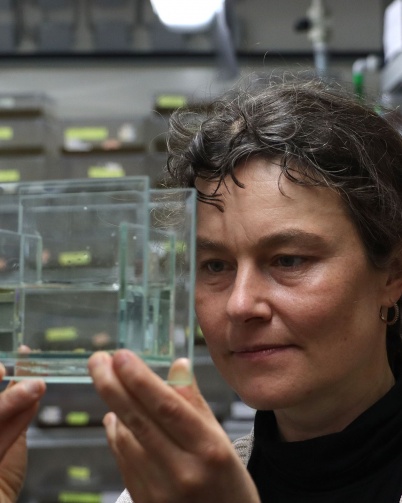 Kristin Tessmar-Raible studied biology at the University of Heidelberg. She completed her PhD at the University of Marburg in 2004, and her postdoctoral training back in Heidelberg at the European Molecular Biology Laboratory (EMBL). In 2008, she joined the Max Perutz Labs, an institute jointly run by the University and Medical University of Vienna to head a research group. In November 2017, the multiple award-winning researcher became a tenured professor of chronobiology at the Max Perutz Labs of the University of Vienna, and since the beginning of this year she also became a professor at the Alfred Wegener Institute for Polar and Marine Research. With her team, she researches the molecular and cellular clockwork of organisms. She particularly focusses on the influences of sunlight and moonlight as well as artificial light sources on the organisms' physiology and behaviour. In March 2022, she received the prestigious Ignaz L. Lieben Prize by the Austrian Academy of Sciences (ÖAW). 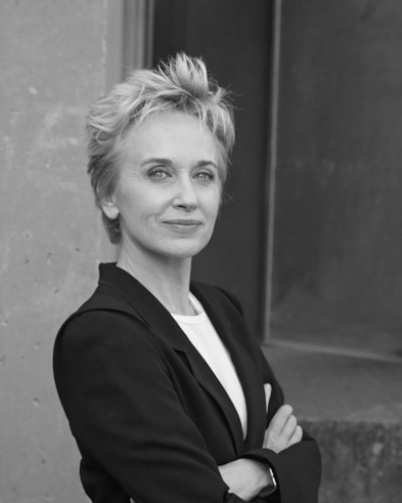 Felicitas Thun-Hohenstein is a curator, art historian, and professor at the Institute for Art and Cultural Studies at the Academy of Fine Arts in Vienna. She heads several research projects such as the Cathrin Pichler Archive for Art and Sciences (CPA) and The Dissident Goddesses' Network, Forum Morgen, Lower Austria. Her expansive teaching, research, lecturing, and exhibition activities focus on contemporary art, modern art, arts-based research, and feminist theory and practice. In 2019, she was curator of the Austrian Pavilion at the 58th International La Biennale di Venezia. She is a member of the curatorial board of the mumok – Museum Moderner Kunst Stiftung Ludwig Wien, as well as the European Forum Alpbach. Felicitas Thun-Hohenstein is the author and editor of numerous texts and publications. Together with Morten Solvik she is co-founder and artistic director of the Mahler Forum for Music and Society, Klagenfurt. 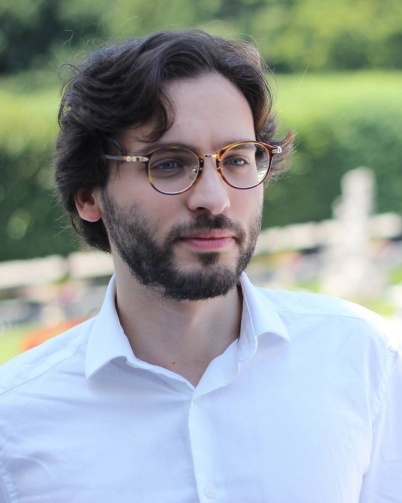 Hakan Ulus is a German composer and professor of composition and music theory at the Gustav Mahler Private University Klagenfurt, Austria. He studied composition in Salzburg, Leipzig, Frankfurt and Huddersfield with Adriana Hölszky, Tristan Murail, Claus-Steffen Mahnkopf and Aron Cassidy, among others. Ulus won several international stipends and awards such as the Impuls Award Graz, the stipend of the Academy of Arts Berlin and the stipend of the Ensemble Modern Academy. His works are performed by renowned ensembles such as Klangforum Wien, Ensemble intercontemporain, Talea Ensemble and Norbotten NEO. He has given lectures on his music at Harvard University, Ircam Paris, Goethe University Frankfurt and University Basel, among others. → www.hakanulus.de
↑ top